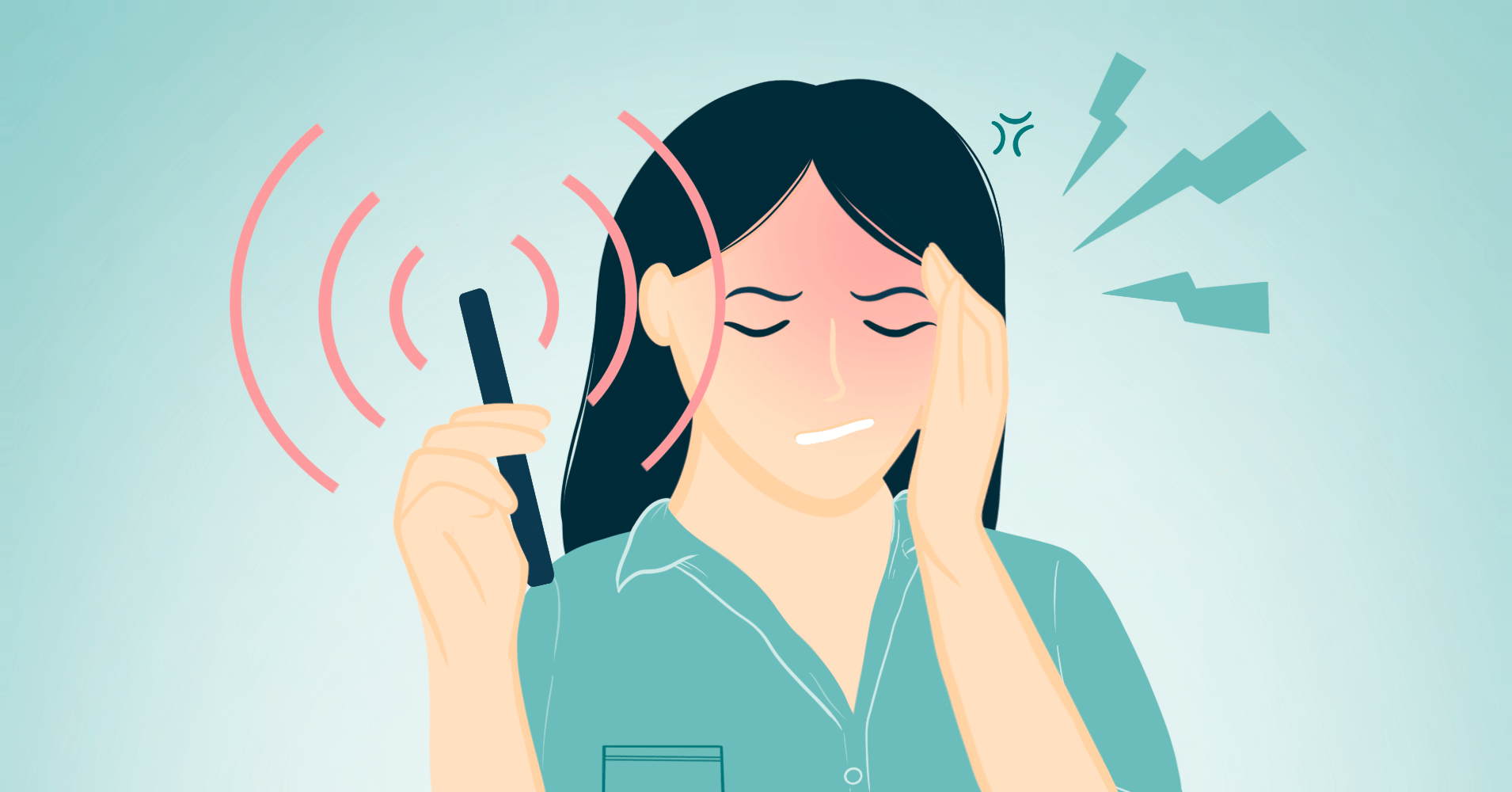 The introduction of cell phones has been less than 4 decades since Dyna TAC 8000X, the first phone small enough to be carried, that was first introduced by Motorola in 1983.

Cell phones use EMF radiation in the microwave range, which to some extent may be harmful to human health. As a result of an exponential increase in cell phone usage worldwide, the effect of cell phone radiation on human health has become the subject of recent public interest and study.

The “Microwave Syndrome” was coined in the year 1970, when military personnel who worked on radio and radar equipment showed EMF Exposure Symptoms of fatigue, dizziness, headaches, problems with memory and concentration, and sleep disturbances.

Most sufferers find that they react to EMF frequency ranges differently, such as radio waves (Rf) (Cell Phones and Wifi) and microwaves. Some of them may find their EMF symptoms gradually gets worse and lasts for longer periods as they are exposed to more and more EMF Radiation triggers.

Since then, the term has slowly evolved into Electromagnetic Hypersensitivity (EHS) for users who have symptoms attributed to exposure to electromagnetic fields (EMF).

Some of the symptoms of EHS include:

Individuals affected by multiple EMF exposures may experience EMF Sensitivity and find it difficult to pinpoint the source of their exposure. Since symptoms often improved when the trigger is removed, sufferers can find it helpful to unplug appliances and switch off lightings and electrical circuits to see if it relieves symptoms from occurring.

Only countries such as Austria have guidelines on the diagnosis and treatment of EMF-related health problems. A Study has suggested to World Health Organization (WHO) to include Electromagnetic Hypersensitivity (EHS) in the International Classification of Diseases (ICD) and accept it as an EMF health risks and problem.

Migraine is one of the most common causes of headaches that affect daily performance capabilities and function. Most researchers believe that RF-EMF causes disturbance in the neuro-electrical activity related to brain cells, and mark EMF as a probable environmental trigger for migraine headaches.

As cell phones are directly held close to the head, the EMF exposure emitting from phones causes a disturbance in brain function. A cohort study indicates that the number and severity of migraine EMF headaches were correlated significantly with the increased use of cell phones.

The blood-brain barrier is the barrier between the brain’s blood vessels (capillaries) and cells of other components that make up the brain tissue.

Research data indicated that the Blood-brain barrier breaks down when exposed to EMF from cell phones, and the thinning of the blood-brain barrier’s permeability is associated with headaches.

In a study performed on 114 patients migraine patients, the number and severity of migraine headaches were correlated significantly with the increased exposure to cell phone radiation and WIFI radiation.

With each minute of cellular phone usage, the possibility of a moderate headache and the number of migraine attacks increases by 0.2%, with an increased chance of severity level of 0.1%.

The findings of related EMF headaches could be the canary in the coal mine, warning of even more severe biologically significant effects. It is recommended that patients with migraine headaches restrict using cell phones and WIFI and replace them with land-line telephones for their daily telecommunications.

Stress is the body's reaction to harmful situations -- whether they’re real or perceived. When you feel threatened, a chemical reaction occurs in your body that allows you to act in a way to prevent injury. This reaction is known as "fight-or-flight,” or the stress response.

Stress symptoms can affect your body, your thoughts and feelings, and your behaviour. Stress could manifest to anxiety and depression. While stress is a response to a threat in a situation, anxiety is a reaction to the stress. People who are anxious often feel fear, worry, or unease and might be unable to identify the significant stressors in their life.

In this study, rats exposed to EMF radiation were in a stressful state. They ate and drank less than average, resulting in a smaller gain in body weight.

Melatonin is a hormone produced by the brain’s pineal gland, that helps regulate sleep cycles because sleep and mood are closely connected, healthy melatonin levels can alleviate stress.

Apart from the blue light emitted by electronic screens, EMF Cell Phone radiation in the form of radio waves also acts as a suppressor of melatonin production.

For a night of good sleep, abstain from using the cell phone or any devices before bedtime. The absence of blue light and EMF radiation help you fall asleep faster and better.

To stay connected with each other, cell phones would predominantly remain a necessity in our lives. As the usage increases, the exposure to EMF radiation increases as well.

Given that EMF from cell phones in the form of radio waves have penetrating capabilities that go through walls, holding cell phones close to the head is dangerous as the fragile human brain is exposed to such EMF radiation risks.

A precautionary approach should be applied to save ourselves from undue exposure to EMF so that all these EMF symptoms can be avoided to the greatest degree possible. 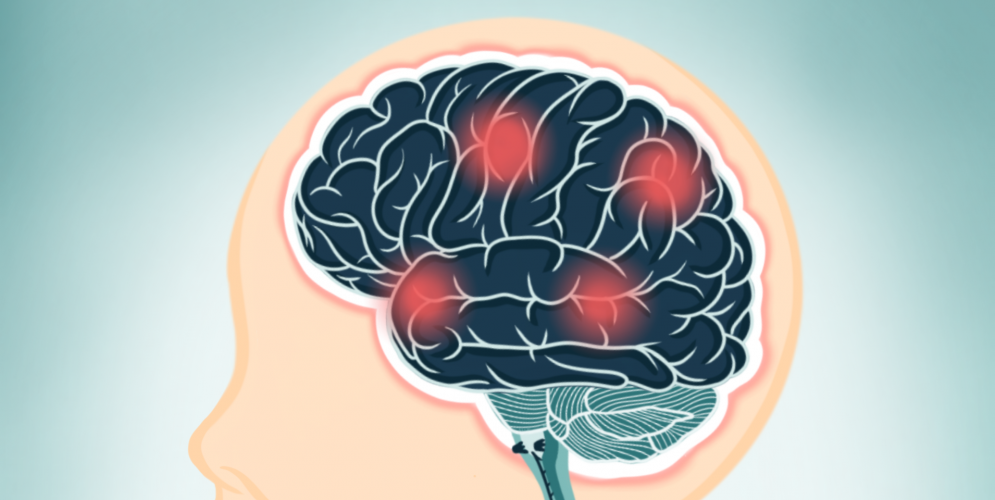 How does EMF Affect the Brain?
EMF Health Risks 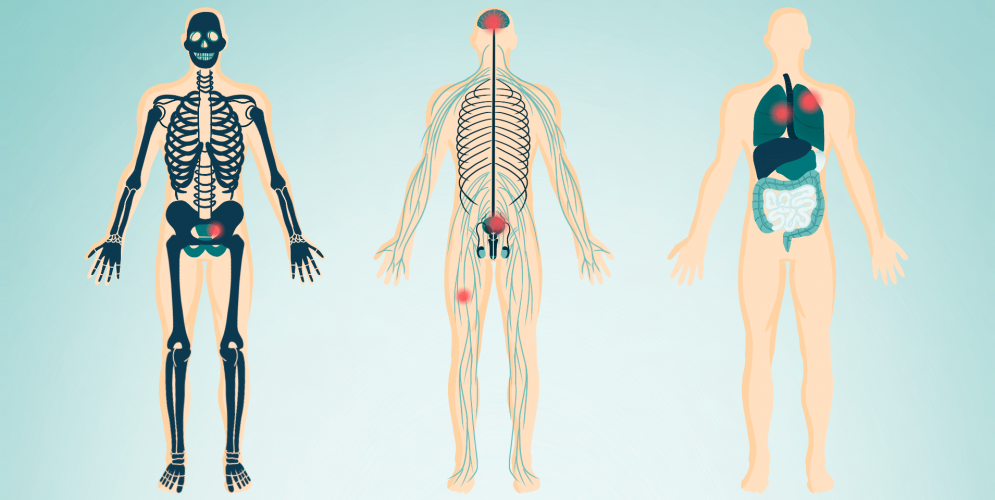