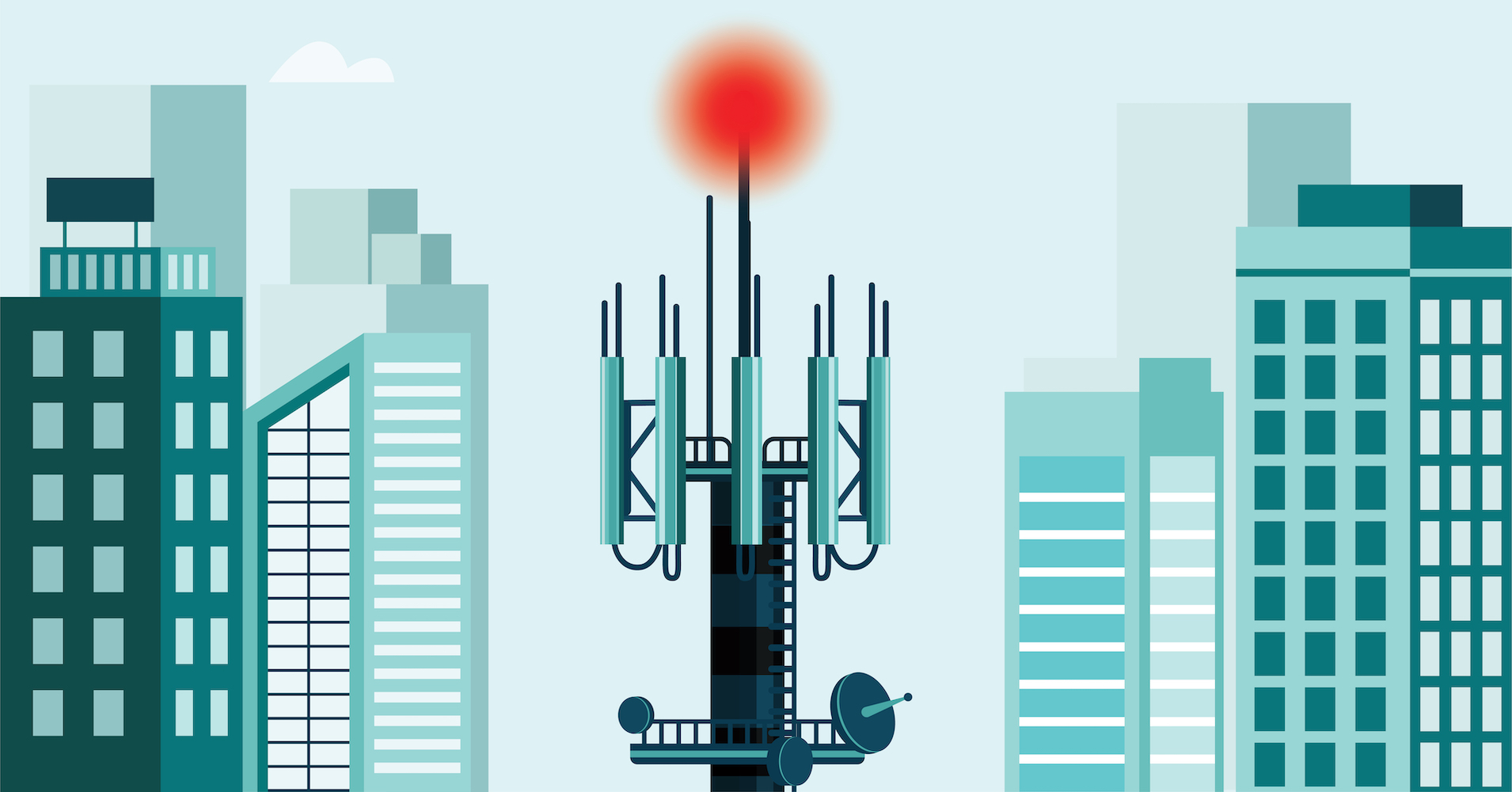 The Impact of 5G

The evolution of wireless communication has been extraordinary throughout the years. In 2001, 3G Network becomes available, almost seven years before the first iPhone ever launched; and in 2007, the 4G / LTE network is launched. However, with the increasing integration of more electronic appliances to the wireless signal such as artificial intelligence; self-driving vehicles; the internet of things (IoT), there is a need for faster and more efficient network connectivity.

THE FIRST INTRODUCTION OF 5G
In the year 2018, the world was introduced to the 5G network in the 2018 Olympic Winter Games in South Korea. This fifth generation of cellular network technology, 5G, is poised by the telecommunication industry to be the dominant network technology by the year 2025.

From the telecommunications point-of-view, there is a functional and financial reason to pave way for 5G networks as it allows bandwidth data to travel in larger quantities and at faster speeds. However, the insufficient test results on 5G led as many as 248 scientists from 42 nations to raise concerns about the potential biological impacts of next-generation 5G telecommunication technologies on plants, animals, and humans.

THE HASTY DEPLOYMENT OF 5G
Moreover, the rollout of 5G technologies has been hasty and rushed. Scientists and doctors appeal to the government and regulatory board to halt the 5G expansion until independent tests can assure that 5G and the total radiation levels caused will not be harmful to citizens. The 5G appeal also seeks to prevent the wireless industry from lobbying and persuading officials to make decisions about further propagation of RF radiation including 5G.

As test data on 5G effects requires years to collect, no one can be certain of the health effects 5G networks will cause to our human body and the environment.

How does 5G works? 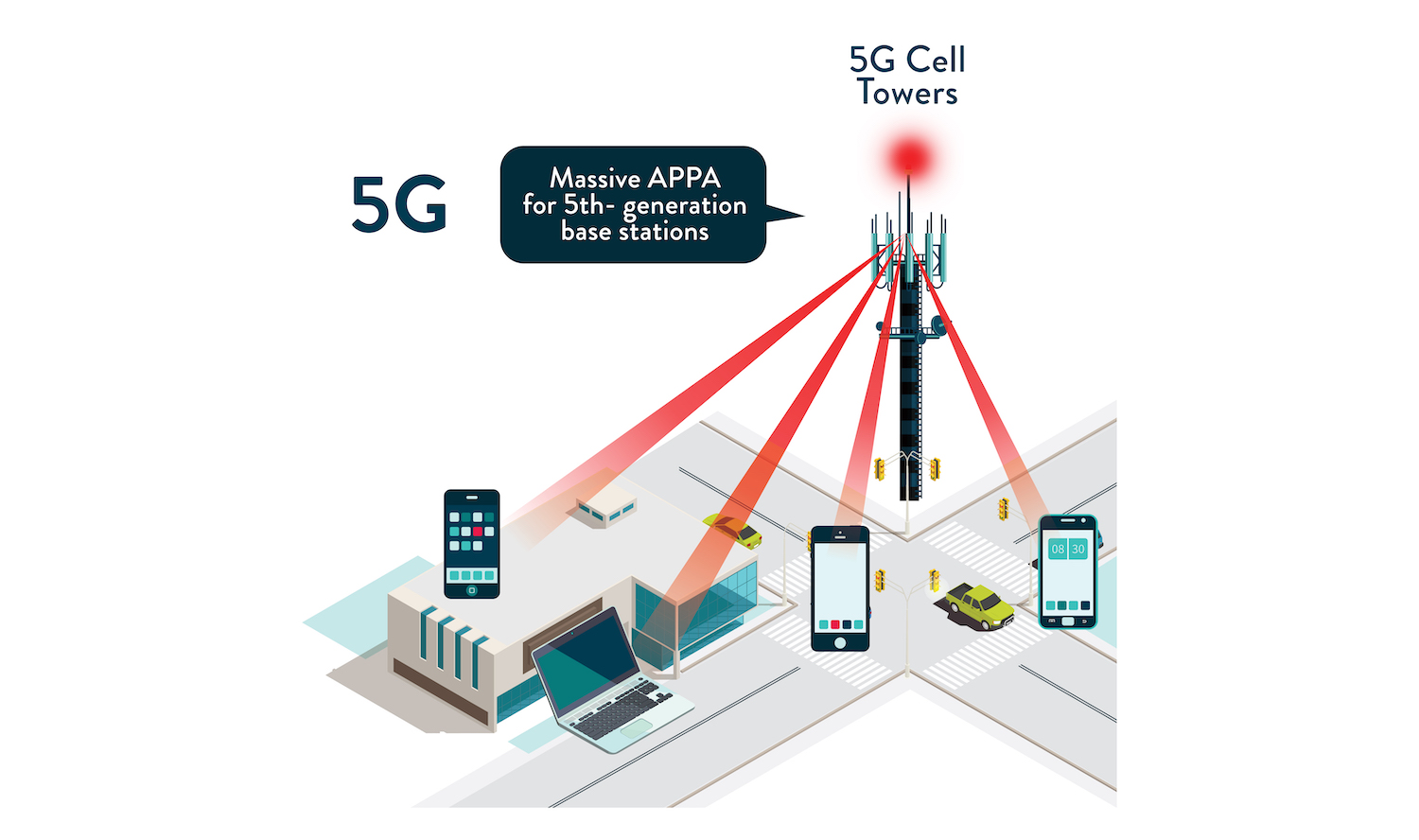 Beamforming is a key wireless technique that focuses a wireless signal in a specific direction. This means that wireless connections from 5G cell towers pinpoint and focus its transmission power towards your receiving device.

MIMO (multiple-input and multiple-output) is an antenna technology for wireless communications in which multiple antennas are used at both the 5G Cell Towers and your 5G phones. The key for 5G networks to expand and scale is through Massive MIMO, where 5G base stations are fitted with huge amounts of antennas to increase connectivity. 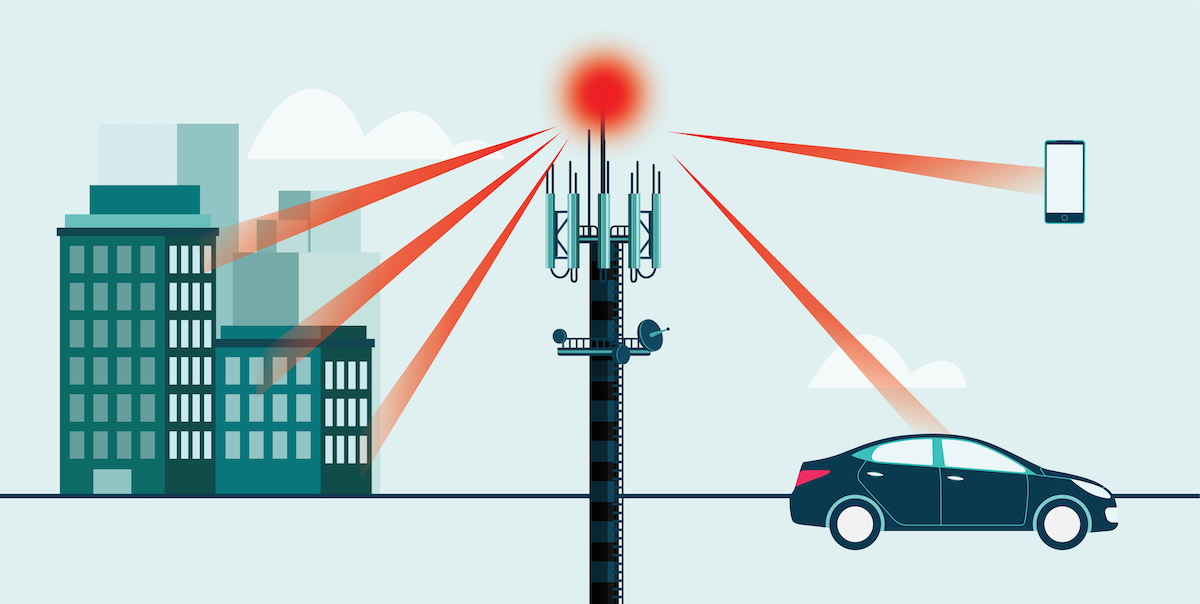 3D Beamforming is when Beamforming technology and Massive MIMO work closely together to direct beams of Radio Waves transmissions both horizontally and vertically toward user devices. This allows 5G cell towers to find any point in space, so a mobile user is always focused with a beam to their devices, even if they are moving through different levels in a building. Through 3D Beamforming, 5G networks can support up to one million devices per square mile.

Given its limited range, 5G Base Station and small 5G cell tower sites are built within close proximities (as close as 750 feet apart) across cities and towns to boosts its network. Soon, you would notice an abundance of antennas attached to the corner roof of every building, lamp posts, bus stops, and even close to your home.

The millimeter waves transmitted from 5G Cell Stations – a form of EMF Radiation – are close to you. With a 5G Small Cell within every 750 feet, the antennas need to transmit at a power level range of 0.25 Watts to 120 Watts; 4G Cell Towers transmit at only 20 Watts, but they are up to 5 miles away.

As your device stays connected with 5G Cell Stations, the 3D Beamforming between the 5G network and your devices increases the exposure to Electromagnetic Radiation (EMR). While using cell phones close to our body–particularly when we talk on the phone–we willingly expose our brain to the EMF in the "Extremely High Frequency" range.

4G is not safe too

You do not need to use a 5G device to be exposed to the high levels of Electromagnetic Field (EMF). LTE Advanced Pro incorporates 5G technologies into its older network and starts to transmit beam-based coverage with the increasing number of 5G small cells supporting this network.

With the increasing new technologies that embrace 5G–such as the new iPhones and Android phones–it is inevitable in our lifetime to prevent the use of 5G devices. We will be exposed to increasing levels of EMF Radiations.

The Effects of EMF Radiation

Some experience EMF sensitivity when exposed to EMF and include symptoms such as stinging or pricking sensations on the skin, chronic migraines, severe sleep disturbance or aches & pains over the body.

Prolonged exposure to EMF would cause harmful damage to our brains and our vital organs.

EMF Radiation to the Brain

When we use our phones close to our body, the brain's metabolic activity increases, indicating that the human brain is sensitive to the effects of EMF Radiation. An increase in brain metabolic activity leads to energy loss for optimal brain function and is linked to poorer attention and cognitive function.

EMF from cell phones disrupts the blood-brain barrier which is supposed to protect the brain against infections and maintain brain functions.

According to a 10-year Swedish study, researchers found that the use of cell phones for more than 10 years gives a consistent pattern of an increased risk for Acoustic Neuroma and Glioma. 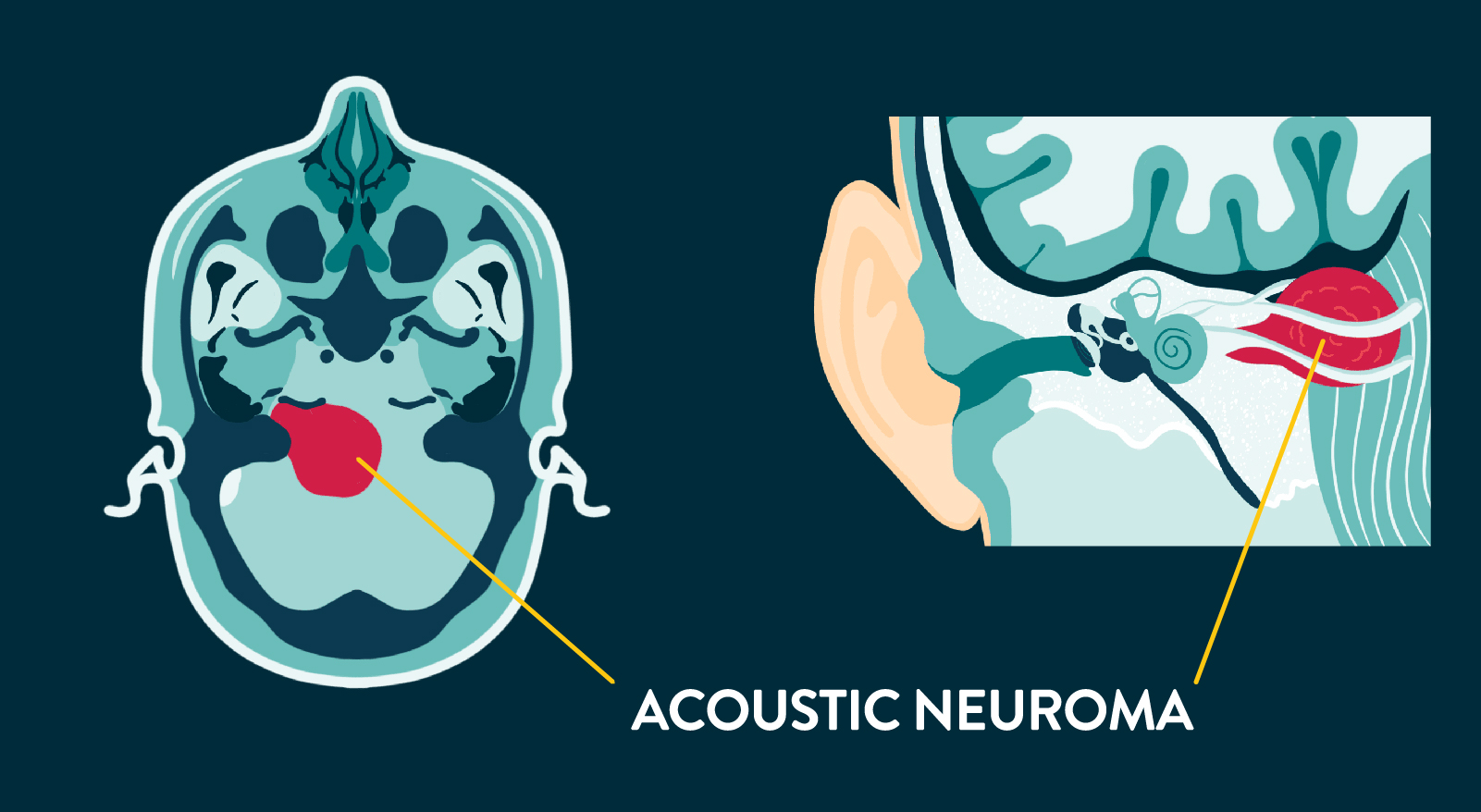 In an Italian lawsuit, two court-appointed doctors showed an increased risk of head tumours among those who talk on their phones for only 30 minutes a day over a 10-year period. 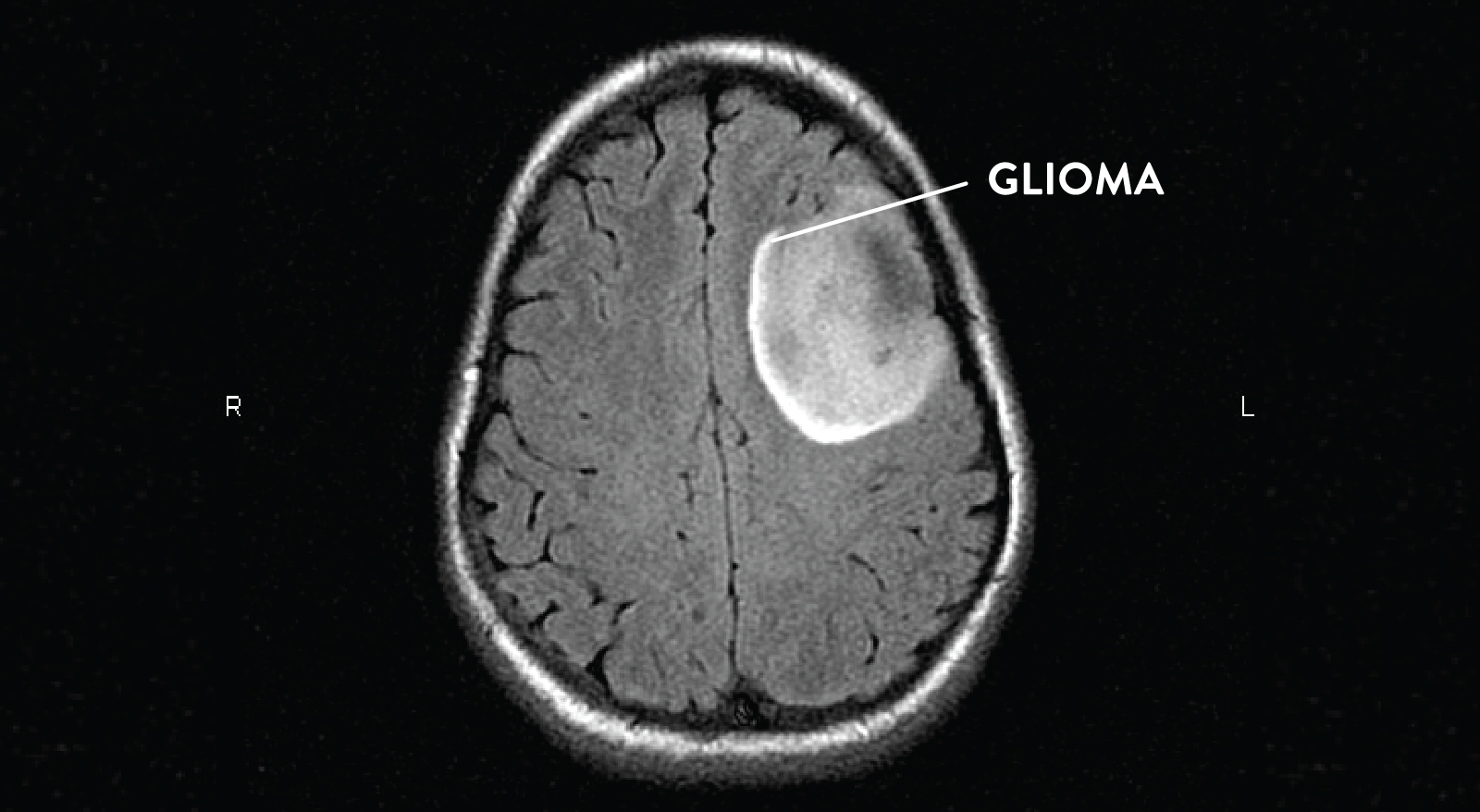 Neurological effects in the Central Nervous System arise from the EMF exposure of cell phone use.

Melatonin suppresses the development of certain tumours, has anticancer efficacy, and repairs cellular DNA damage. EMF exposure is sensed as a light source and subsequently decreases the natural melatonin production of the body.

The FCC (Federal Communications Commission) has not updated its cell phone safety standards since 1996, which was 25 years ago and 11 years before the first iPhone was invented.

Before the sale of any cell phone, all cell phone manufacturers are required to conduct SAR testing in labs and must comply with the standards set by government regulators. However, manufacturers are allowed to select the testing lab — and only a single phone needs to pass in order for millions of others to be sold.

An independent cell phone radiation test by the Chicago Tribune has revealed that popular cell phone models exceeded the exposure limit set by government regulators on safety for consumers.

In some of the tests, cell phones emit nearly double the EMF radiation of the exposure limit set by government regulations. This is worrying as the exposure is more apparent with phones placed closer to the body.

Layered with ceramic minerals, DeviceShield employs Japanese Nanotechnology to create a slim aesthetic design that fits all cell phone models. It radiates far-infrared scalar energy and negative ions which neutralizes EMF radiation, acting as an EMF shield that does not interfere with phone signals at all.

DeviceShield has been tested & proven by USA accredited laboratory Keystone Compliance https://keystonecompliance.com/ and proven to provide 99% EMF shielding effectiveness of up to 10.525GHz which covers all low and mid bands of 5G. 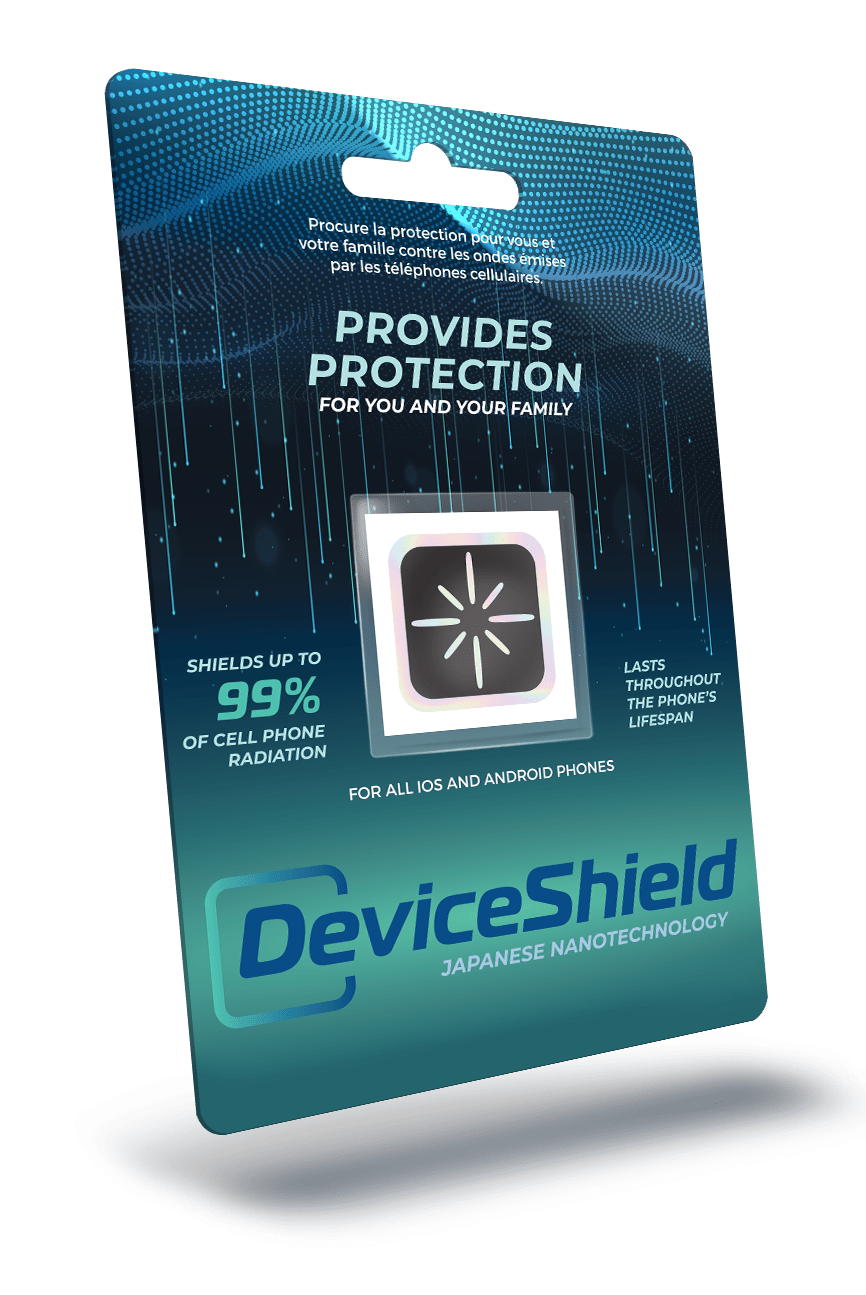 Protect from EMF Radiation
DeviceShield has been tested & proven by USA accredited laboratory Keystone Compliance https://keystonecompliance.com/ and proven to provide 99% EMF shielding effectiveness of up to 10.525GHz which covers all low and mid bands of 5G.
SHOP DEVICESHIELD

For those of us who live in urban areas, there is no escape from the Electromagnetic Radiation (EMF) beaming from the 5G network above and around us. As a society, should we invest hundreds of billions of dollars deploying 5G that requires the installation of millions or more new cell antenna sites where we live, work and play? Do we know of the health risks from exposing ourselves to Extremely High Frequency EMF?

We should continue to support the 5G appeal signed by 248 scientists and medical doctors that calls for the halt deployment on 5G and demand our government to fund the safety research needed to understand the safe exposure limits of our body and the environment.

To understand more on what we can do to protect ourselves from EMF, read “Safety Tips to Reduce EMF Exposure". 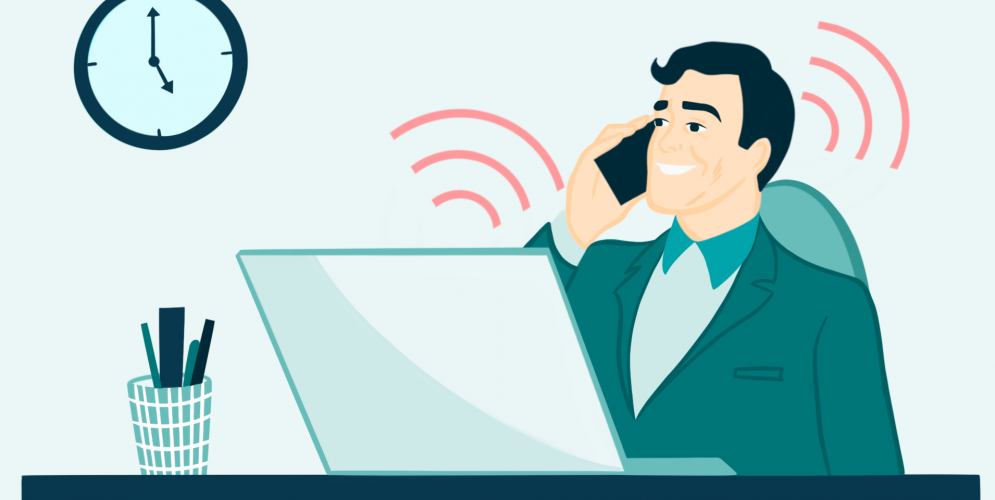 EMF on Men's Health
How does EMF Affect Us 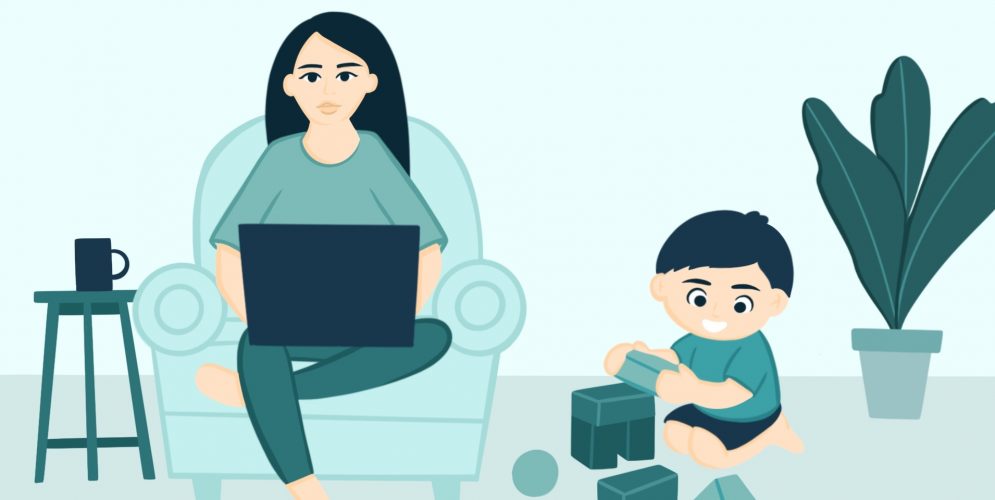 EMF on Women's Health
How does EMF Affect Us